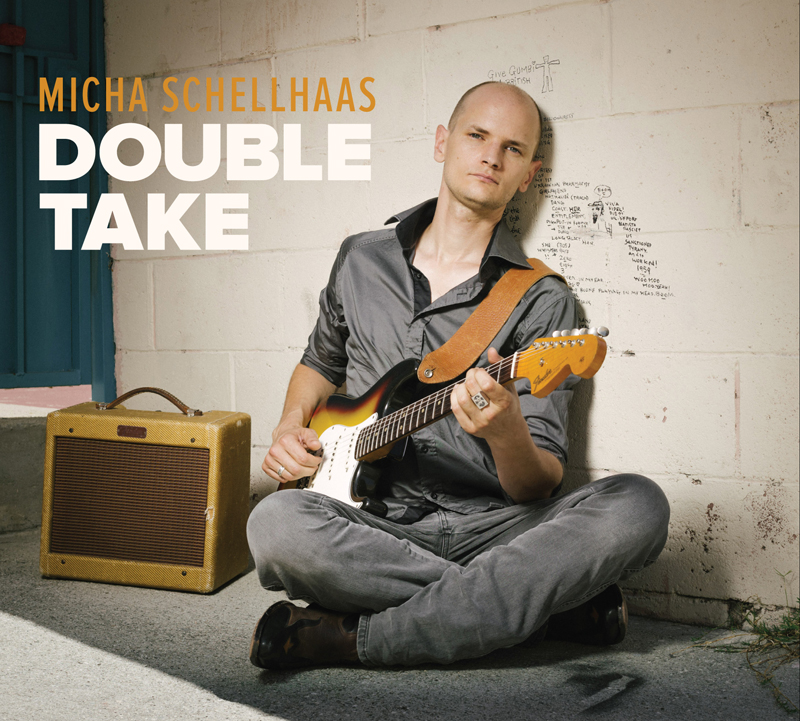 >>> Buy the CD in the MichaMusic online store!

Los Angeles – Much to the excitement of guitarists worldwide, guitar virtuoso Micha Schellhaas will be releasing his full-length debut album “Double Take” on December 1st. The album features Supertramp guitar legend Carl Verheyen and drummer Chad Wackerman, who is best known for his work with Frank Zappa and Allan Holdsworth.

Says Micha, “ ‘Double Take’, my first full length release, reflects my relationship with the US and my journey to come and in the end live here. After I was already established in Europe with steady gigs and my own recording studio, the artist in me was still not happy and I needed to go and check out the source and birthplaces of the music and ‘sound’ I was most inspired by: Jazz, Blues and Rock. My first trip was a 3 month driving loop starting and ending in NYC all the way through New Orleans, Austin, LA, San Francisco and back. Songs like ‘Travel Song’ and ‘Texaleans’ reflect that time. Later I lived in Austin/Texas for a while and you can hear that ‘Stevie Ray’ sound in my songs ‘Ford F-150’ and ‘Your Turn’ that also features a blazing solo by Carl Verheyen. Now living in LA more fusion influences came back to my writing in compositions like ‘Velocity’ and ‘5&6’.”

“Micha Schellhaas has a unique touch on the guitar that sets him apart from everyone playing the instrument today. That feel, in combination with his beautiful composing is what makes him a joy to listen to.” – Carl Verheyen

Micha Schellhaas is an LA-based guitarist living his dream and fulfilling his mission to make music as a solo artist, accompanist and composer. In 2013, he released his first EP, “Wings of Fire”, recorded at the renowned Sunset Studios in Hollywood. “Wings of Fire” was produced by Carl Verheyen (Supertramp) who also performed on the tracks, and featuring several other industry veterans (Chad Wackerman (Frank Zappa), Dave Marotta (Manhattan Transfer, Burt Bacharach), Jim Cox (Mark Knopfler, Robben Ford). The EP is an exciting prelude to the full-length album due for release in 2015.

Heavily influenced by classic rock, blues and jazz, Micha has been playing guitar since he was 9 years old. Born in Germany, his musical career began in Europe where he gained a Master’s degree in jazz guitar from the prestigious Dutch ARTEZ conservatory, and produced music from his former recording studio, TRINIX Studio, in the Netherlands. Having performed and toured in numerous European countries, he took on the U.S. for the first time in 2008, to explore the home of original blues and rock ‘n’ roll music and the main inspiration for his artistic journey. Coast-to-coast travels included an extended stint in Austin, Texas, where he was actively involved in the local jazz and blues scene, and enjoyed the opportunity to perform at the renowned SXSWfestival with his improvised street band, the “Rebel Street Show”. Micha is keeping his bonds with Austin strong, visiting on a regular basis and constantly exchanging with Texan and local Austin artists.

Micha settled in California in 2013, where his musical career has gone from strength to strength, operating from his private recording studio in Venice Beach. With a top selection of classic vintage instruments, amplifiers and state of the art recording equipment, the MichaMusic Studio is a home base for recording guitars on his own projects, collaborations and hired recording work. Micha is recording instruction videos and gear demos from his studio as well, most notable is his recent work for the top class, southern California boutique guitar builder Ian A. Guitars and Electric Alchemist Pickups. 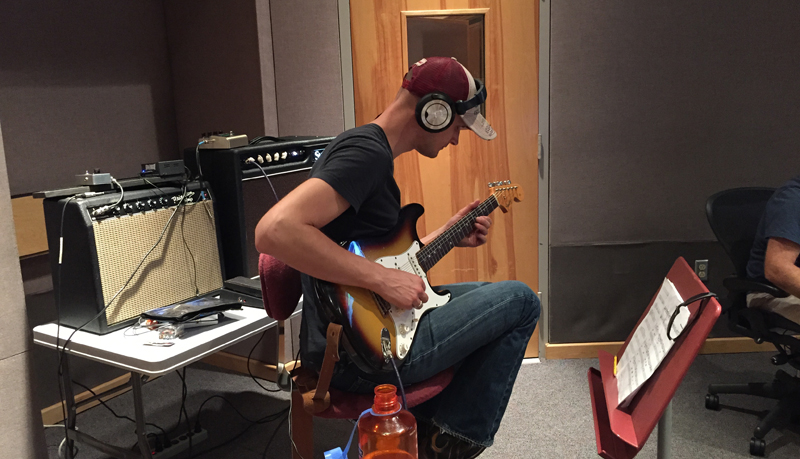 Says Micha, “Carl Verheyen produced the album. He is a guitar legend, and brought all his guitar wisdom and experience with him in the studio. He is also a vintage guitar expert and has countless hours of experience recording great guitar sounds with vintage gear. His own albums set standards in guitar music today.

“Chad Wackerman played the drums. He started his career when he was only 17 years old and played alongside Steve Vai in Frank Zappa’s band. He is to this day one of the top drummers in the world. His organic playing is just as much supporting as it is exciting and really defined the sound of this album. Chad caught on the unique details of each tune and groove immediately, and really made everything shine. He was my number one drummer in the world for the record, since I knew he can play a swing, a texas blues, a tune with brushes and a heavy riff odd meter tune all on one record and make it fit together perfectly.

“Jim Cox played Hammond B-3, Grand Piano and Fender Rhodes. He is touring with Mark Knopfler and Robben Ford regularly. Jim has a fantastic way of playing that is colorful and strong, always supporting the song and never in the way of the guitars. He can pick up a solo in any style right away and plays great chords to support the melody. He is one of the finest Organ players around and we made sure we had a B3 at the studio.

“Dave Marotta played bass. He also played on several of Carl’s albums and is well known for his work with Gino Vannelli and Burt Bacharach. He, Carl and Chad have been playing together for a long time and it was great to have a well working rhythm section for the recordings right from the start. Dave’s super solid playing and quick communication with Chad solidified the vibe of a great band just having fun in the studio and recording a record full of interesting grooves and great arrangements.” 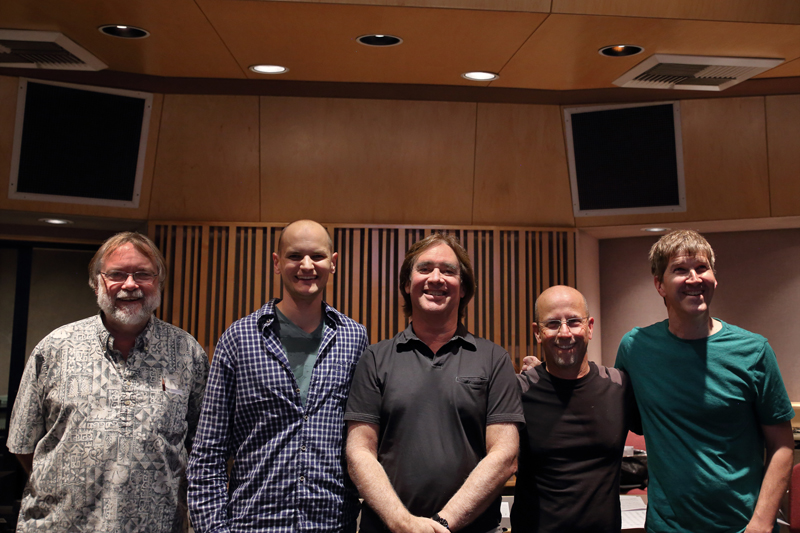 To work with Micha, experience his music and follow his numerous projects, sign up for his newsletter on MichaMusic.com. Subscribers can preview his upcoming album and enjoy other valuable content reserved especially for the MichaMusic community.

Micha Schellhaas “Double Take” will be available for digital and physical sale at www.michamusic.com