‘Double Take’ is getting love from bella Italia! 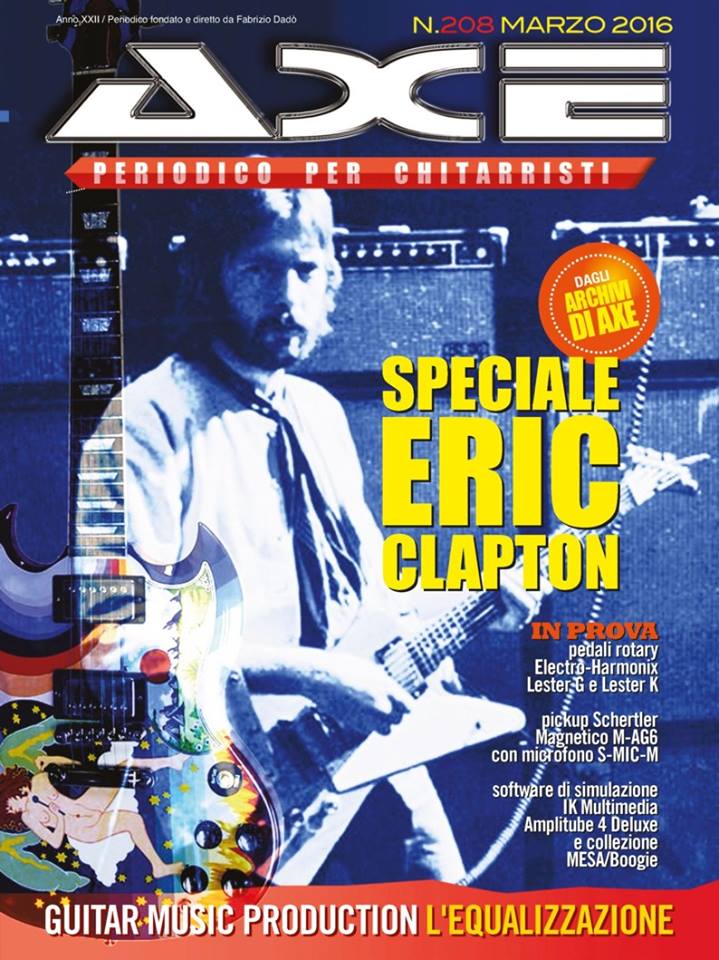 ‘Double Take’ received a fantastic review in the latest edition of the Italian AXE MAGAZINE. I say grazie mille! Thanks guys!

Next to ‘Double Take’, they reviewed a cool little selection of other artists… o-:

“Debut album from Micha Schellhaas, a guitarist based in Los Angeles, but as his surname indicates, of German origin. Double Take (independent production, December 2015) comes two years after the Wings of Fire EP. The excellent liaison for both albums was renowned guitarist and producer, Carl Verheyen, who features on the album in both roles. The other musicians involved in the project are Chad Wackerman (Frank Zappa – drums), Dave Marotta (Manhattan Transfer – bass), and Jim Cox (Mark Knopfler – keyboards). Given the personalities involved and the evident effort from Verheyen in the promotion of the album, it was legitimate to expect nothing less than a first-rate release. As soon as the CD was inserted into the player (and yes, there are those who admirably still produce the dear, old physical item), the first few notes confirmed our expectations. The sound is brilliant and unquestionably classy. Micha’s playing is dynamic and expressive, virtuoso when necessary. The tracks meet at a crossroads between smooth jazz, blues and light rock. The sounds go from clean to light overdrive, and often bear a clear ‘Strato’ imprint. The first names that come to mind are Larry Carlton, Robben Ford and the aforementioned Verheyen. In a nutshell, great music, which will surely gain the appreciation of lovers of this genre. Those looking for innovation and originality should probably go elsewhere.”

Check out this screenshot of their online version of the magazine: 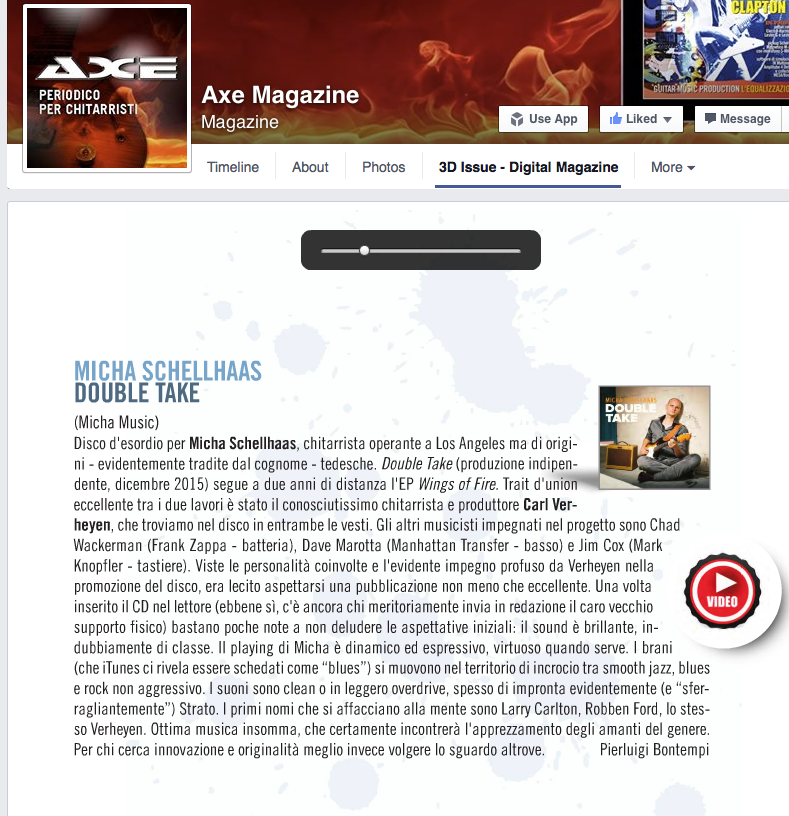